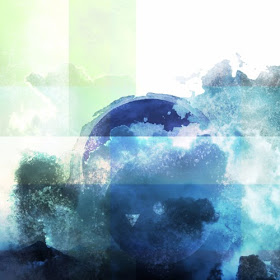 The second solo release from Minneapolis music auteur and songwriter Chris Bartels, Myths and Mold, secures his spot as one of the indie scene’s most provocative artists. Bartels has earned quite a reputation over recent years as an important voice in the music world thanks to his work with a variety of outfits and different genres, but his solo work allows him even more latitude to explore ideas and soundscapes unfettered by label or expectation. Myths and Mold is a five song EP packing the cumulative effect of a full length effort. This is, largely, the result of nuanced compositions not entirely dependent on synth atmospherics, but rather benefitting from a well rounded approach incorporating electronica and guitar alike. His approach to vocals has some influences from the modern scene, but Bartels likewise has a wholly individual quality to his approach clearly coming through on each of the EP’s five tracks. This confluence of sound and voice helps make this release one of 2017’s most impressive outings yet.

The ambient influence is quite strong – there’s no doubting that. Bartels makes a great show of this with the opening of the EP’s first track “Blind” with its swirling electronica and dramatic sweep, but the track soon settles into a more conventional approach. The somewhat sprightly jaunt that the music takes on gives his massed vocal approach more urgency than it might otherwise possess. Multi-tracked vocal harmonies are a gamble – listeners, often times, might step away from the track feeling like such moves are a little too affected or heavy-handed. He seems to be striving for a choral effect and achieves it with memorable results. The second song “Missoula” pulls back some on that vocal approach in favor of concentrating more on developing the musical arrangement. The song’s terse and revolving guitar figure has an appealing amount of twang on it and, despite the plethora of electronic accompaniment, Bartels never loses its signature touch throughout the song’s duration. “Stay” is a lighter number, in some respects, thanks to the recurring chiming quality of the guitars and some ideal counterpoint from effect-free piano. Bartels’ fascination with the intricacies of recording and miking things in compelling ways comes across quite vividly here.

The EP’s title song, “Myths and Mold”, is the shortest number on the release and perhaps its most artistic. Bartels jettisons the straight-forward approach of song craft providing a skeleton for the earlier cuts in favor a much more ambient attack than we’ve previously heard on the song. The vocals are not key here, but they provide a crowning touch for the song. The last song on Myths and Mold, “Counting Hands”, shares some similarities with the earlier “Stay” insofar as it softens the uncompromising approach present in the other tracks and relies on soothing, lightly melodic qualities to complement his vocals. This isn’t a release for everyone – people who prefer a more organic, bare bones approach will likely be puzzled by Bartels’ musical point of view but, despite that, it’s presented with such obvious skill that you cannot help but listen. Myths and Mold is an interesting release, if nothing else, and certainly connects more than it misses.