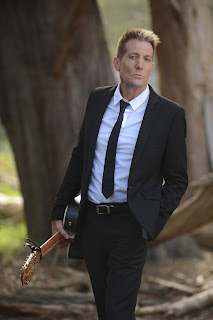 California to Phoenix transplant Jonathan Cavier is no stranger to the music scene. He played as part of pop/rock duo EyeTalk for ten years and released five full-length albums while seeing plenty of action on the touring circuit.  Now he’s gone solo with his debut effort Premier.  It’s a stunning collection with lush instrumentation, soaring melodic vocals and a foundation that puts a harder spin on pop than most artists do not without ever raising the volume to a roar. 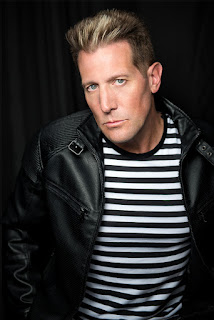 Opener “January”, the album’s lead-off single, is a well-orchestrated piece with locked on acoustic guitars, deep rhythmic swerves and Cavier’s smooth, gripping voice constructing a tune instantly worthy of the repeat button.  It conjures lyrical sadness while strangely sounding quite happy creating a nice contrast filling the song with understated tension.  “Hope” is a harder track with incisive, electric guitar leads, plunging bass lines and a smoky blues creeping into the singing.  There’s some 80s in it with the keyboards, horns and other accoutrements oddly bringing into view some Oingo Boingo influence.  Jonathan certainly stretches his vocal chords like the great Danny Elfman did when Boingo went darker and rockier on Dark at the End of the Tunnel.  Adopting a similar driving, roving attack “Time Will Tell” layers the instrumental components one atop of another with the bass again giving a good crunch as vocals run the gamut from breathy falsetto (with female back-ups) to vibrating lows with synths, horns and a punky guitar lines lending a much needed edge to the material.

Switching back to folk-y, acoustic pop “Comes a Moment” is a heart-breaking ballad that forlornly describes how time takes a toll on a person and how you have to move on from the things dragging you to the bottom.  It gets some nice push from the entrance of the rhythm section in its second half, yet never gets too crashing.  Cavier really understands how to color a song with different textures to make each cut sound different from the one before.  He knows when the listener is in need of a burst of energy and when to lay back and let his audience just sink into a song.  The back to back pairing of “Burning Away” and “Are You in Love” returns to up-tempo pop/rock grooves with a bite to them while never forsaking pretty acoustics and dipping vocal lines full of hooks and melodic phrasings; the stuff here is just too good to deny.

The back half of the album slows things up a bit with “Found You” settling into a laid-back punch that again let the drum n’ bass sashay effortlessly in order to provide buoyancy for the guitar and vocals to float on.  Husky blues influences color “Lightning in a Bottle,” making it the album’s most ominous track.  It’s not blues done in the old style, but rather a reimagining with pop tinges.  Jonathan even shines on the instrumental, closing soundscape “Jupiter” where flourish prevails at every turn.  Premier is a masterfully put together recording that shows a matured musician in total control of his style.  That’s a rare thing in the 2000s, so savor it on every twist and turn of Premier.

Soundcloud: https://soundcloud.com/jonathancaviermusic/sets/premier
Posted by Blog Admin at 7:10 PM No comments:

It isn't better to burn out or fade away. Gene Simmons and other assorted millionaires can babble nonsense about the death of rock and roll, but Growing Old With Rock and Roll doesn't believe it for a second. We can talk about the fading cultural currency of three chords and The Truth, but the truth is that so long as someone still builds instruments, electricity is still available, and someone out there clamors to connect with people through music, rock and roll will continue to endure in all of its forms. It isn't better to burn out or fade away. It's better to stand and be counted.

Readers can count on this blog to review new album and EP releases from a wide swath of artists. Moreover, you can take our recommendations as gospel truth - this is a no puffery zone. As well, Growing Old With Rock and Roll can be counted on to deliver quality interviews with blossoming and established artists alike that won't ask the "normal" questions but, instead, delve deep into what it is that draws us to music and keeps us coming back for more.

Welcome. And turn it up.
Posted by Blog Admin at 2:59 PM No comments: