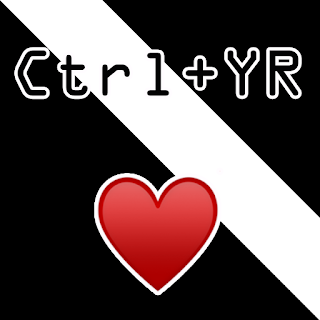 Written by Jason Hillenburg, posted by blog admin
The latest single from Brooklyn based Shapes on Tape, “Ctrl Yr Heart” finds the duo of multi-instrumentalist and producer Adam Kruckenberg collaborating once again with guitarist/poet Jason Matuskiewicz .The duo, working together since 2014, is responsible for some of most gripping music emerging from the indie scene today. Justin Craig’s production frames “Ctrl Yr Heart” nicely with its striking balance between vocals and instrumentation, physicality and polish. The single likely gives listeners a preview of what’s to come from Shapes on Tape’s forthcoming full length Legends in the Process and it is apparent from the first Kruckenberg and Matuskiewicz are growing increasingly confident in their chemistry as songwriters and performers with each new release.

The direct, infectious melody is impossible to dislike. Shapes on Tapes keeps things percolating at an energetic simmer throughout the entirety of this song, but it’s that central and persistent melody you’ll likely remember after even a single play. Kruckenberg has a voice made for this sort of tune – he attacks the lyrics with just the right amount of charisma and brio, never over-dramatizing them, and the performance enhances their effectiveness. The pairing of synthesizer lines with guitar seamlessly counterpoint each other while remaining in lockstep throughout and the live drums give the song appealing swagger. It never sounds strident or rehashed however; there’s a bright uplift to this performance musical devotees and casual listeners alike will appreciate. 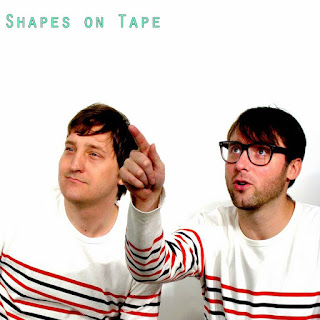 Matuskiewicz’s lyrics for the song aren’t broaching new territory, but you hear the finesse defining his work in the spartan economy and focus of his words. Each line seems inevitable, but in a satisfyingly relatable way rather than painfully predictable. Kruckenberg’s aforementioned brio and charisma aren’t his only vocal tools – he, likewise, possesses an emotional voice capable of accentuating the lyrical drama without ever overwhelming listeners. Another surprising turn comes late in the song when a highly stylized saxophone emerges from the mix and takes an impressive instrumental break.

These young musicians working in the Brew-Wave/Ultrapop style are, ultimately, greater than any single label will allow. Kruckenberg and Matuskiewicz’s keen instincts for melody, the tastefulness of their treatment, and arranging talents are considerable, but they bring personality and undeniable musical chops to the table for this new single. It defies tidy categorization. “Ctrl Yr Heart” will score big with anyone who values mastery of pure pop rock fundamentals, concise melodies, and impassioned vocals. It will likewise find favor with anyone who enjoys a physically engaging alternative rock cut that works hard, without ever straining, to connect with a wide audience. Shapes on Tape will reaffirm what their fans already know and likely win over anyone who gives it a hearing. If Legends in the Process, their upcoming full length, maintains this sort of high standard, music lovers can expect a must-hear new release.