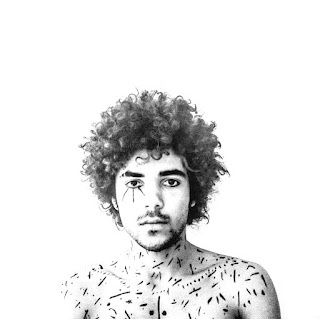 English born Thomas Abban’s fifteen song release A Sheik’s Legacy is one of the more blazing debut efforts in recent memory. Transplanted to the comparatively alien environment of Minnesota, Abban mines the long history of rock, pop, and its accompanying forms to fashion a collection that boasts impressive musical firepower as well as a clear sense of identity few new songwriters and performers are capable of presenting on an initial release. His vocal talents are equally considerable and he inhabits each of these songs with an amazing presence that’s impossible to deny. A variety of styles get a thorough workout on A Sheik’s Legacy, but Abban sounds comfortable with each one and manages to say something unique while still nodding to his array of influences. It makes for one of the more invigorating listens of 2017 and should offer a firm retort to anyone who dares to think that rock music, as an artistic force, is dead.

The ominous tilt to “Death Song” is difficult to forget but Abban further ups the ante with his impossibly beautiful voice. The contrast between the rather dire lyric and the crystalline beauty he summons with his voice couldn’t be more pronounced. “Symmetry & Black Tar” features more vocal pyrotechnics from Abban, but they aren’t shallow showing off and the assortment of tempo shifts and turns he brings to this song proves he’s quite at home with surprising and challenging the audience’s preconceived notions about song structure. Despite the challenging build of this song, we feel like we remain in familiar territory throughout, but we’re definitely in the hands of an inspired singer and lyricist. He mixes some inventive percussion with bluesy guitar fills and runs on the song “Fear” and the lyric finds a new way of discussing the subject, fear, which nonetheless conveys his point. He unleashes a ferocious stomp just before the song’s midway point that will surely jar anyone not paying attention.

The gut wrenching wail his voice achieves on the song “Time to Think” represents another high point for Abban and the wildly inventive arrangement will entertain many, but Abban may be trying a little too hard at certain points to pack EVERYTHING into these songs. He’s certainly successful at doing so; it just may make some listeners a little dizzy. “Sinner” confines itself to acoustic instrumentation for the most part and eschews many of the breakneck changes in direction defining many of the album’s other songs. There’s a similar muted tone he takes on for the track “Let Me Tell You Something” and a bit of post production effects applied to his voice that further underscores that feel. The guitar work in this song is particularly effective. The eyepopping vocal treatment he reserves for the song “Lord” is another highlight on this dazzling release and it only gets better as the song goes on. The sludge soaked blues crawl of “Uh” has a particularly tortured trajectory and Abban definitely throws himself into the song like a man whose life depends on this performance coming out the way he needs it to. A Sheik’s Legacy is a monumental effort cut to an enormous scale and Thomas Abban leaves no stone unturned in his attempt to wow the audience.