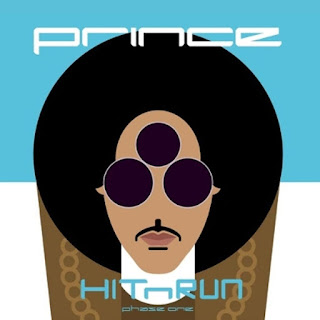 The first of two albums preceding his 2016 death, Prince’s two volume HITnRUN Phase One release more than qualifies as a major final statement from, inarguably, one of the most important recording artists and songwriters active during the second half of the 20th century. The two albums are brimming with wild and free-ranging musical events; if Prince felt constraints of any sort in his everyday life, his music remained as iconoclastic as ever while still mining and refurbishing long standing traditions.

“Million $ Show” features the guest vocals of Judith Hill and reflects increasing self-referential inclinations in Prince’s songwriting. Sampling “Purple Rain” and “When Doves Cry”, however, isn’t enough to redeem a track essentially intended as a showcase for vocal pyrotechnics and a little too frantic to capitalize on its clear promise. The second track “Shut This Down” is akin to a clinched fist and the hard electro-funk highlights impressive bass playing, an overall keystone for both albums. Prince unleashes his best hard rock voice here, a visceral yowl quite appropriate for the song. “Ain’t About 2 Stop” has a dense musical attack in keeping with other efforts on Hit ‘n’ Run Phase One, but there’s an undeniably dark undercurrent fueling both the song and performance – the song’s confident surface ultimately sounds desperate instead of boisterous.

Prince’s guitar playing provides an incandescent glow for “This Could B Us”. The track mixes a traditional soul template with Prince’s restless creativity and the blend produces a signature variation on those respective formulas. It’s odd, but gloriously so. We’ve heard this sort of re-invention from Prince before, but he makes it sound fresh each time. “Fallinlove2nite” is a hit that never was, a sure smash if released during Prince’s late eighties/early nineties commercial peak, and reaffirms traditional and abiding strengths. “It’s Face” has an autobiographical suggestiveness that may prove interesting to some, but the immediacy of his vocal coupled with its range, the hard electronic funk driving it forward, and visceral lyrical content make this one of the more gripping moments on either release.

The song’s penultimate track, “1000 X’s and O’s”, is another example of Prince’s lifetime reverence for classic R&B/soul. The minimalist arrangement focuses much more on texture and mood above virtuosity and the production stresses a warm, fat bass sound anchoring the groove. The finale “June” has a strong synth presence throughout, but it is droning rather than melodic. There are positives to this “experiment” of sorts – juxtaposed against the aforementioned setting, Prince’s singing has a ghostly quality, but the song is an inconclusive, diffuse close to an album audaciously creative for an established legend. The man’s muse never rested and he, until the end, continued to take chances and attack music from every possible angle.
Posted by Blog Admin at 5:15 PM